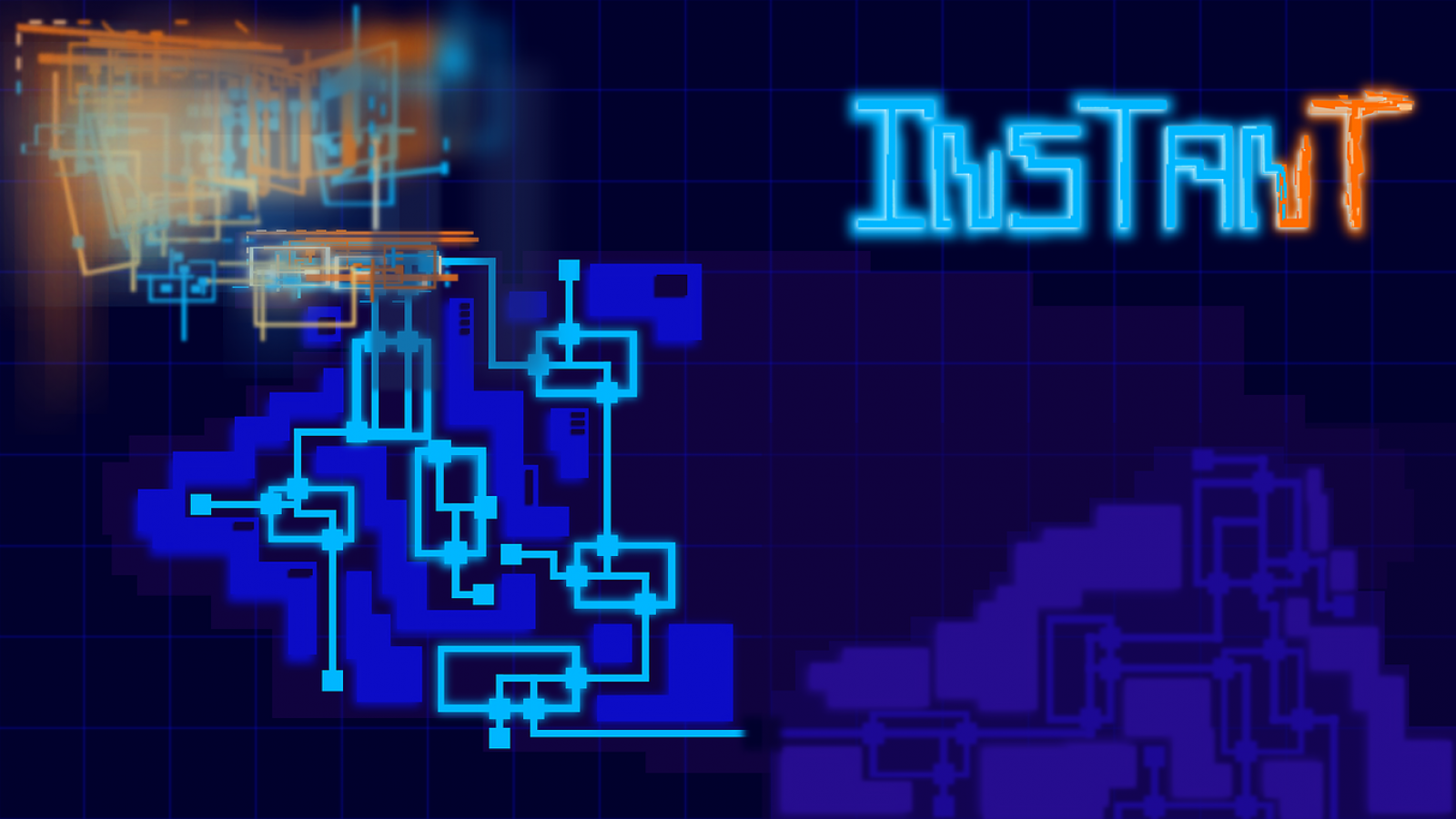 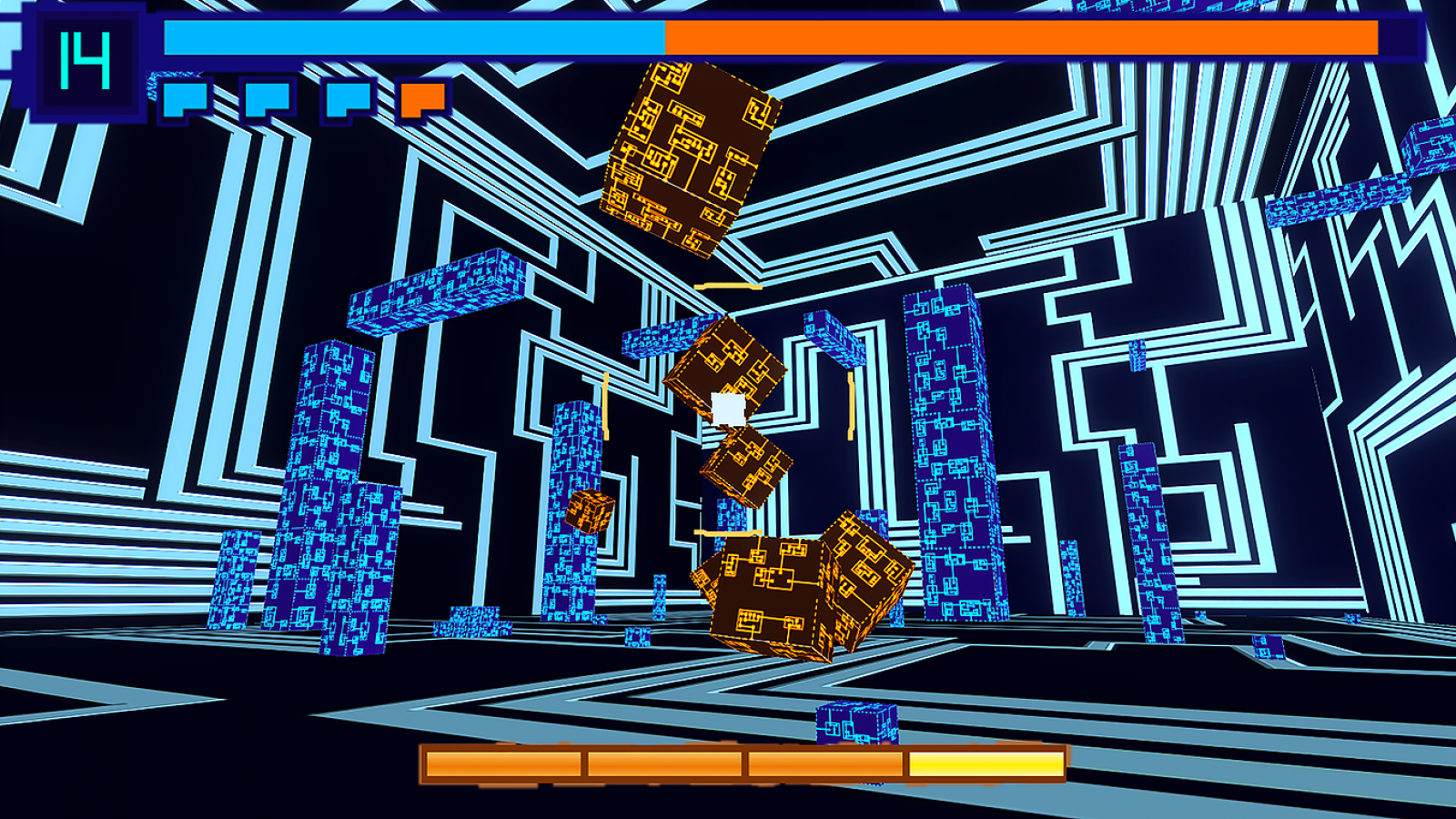 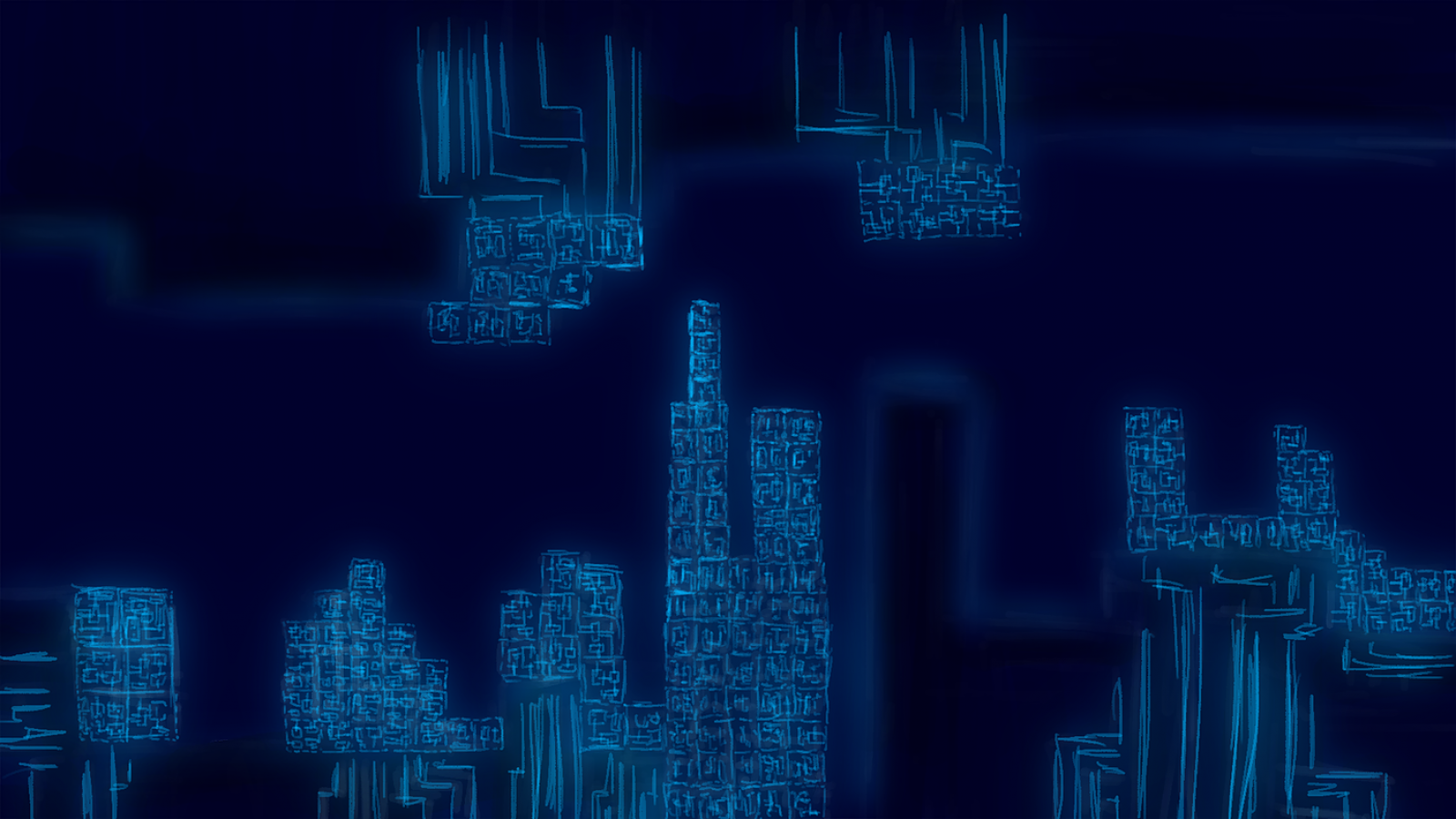 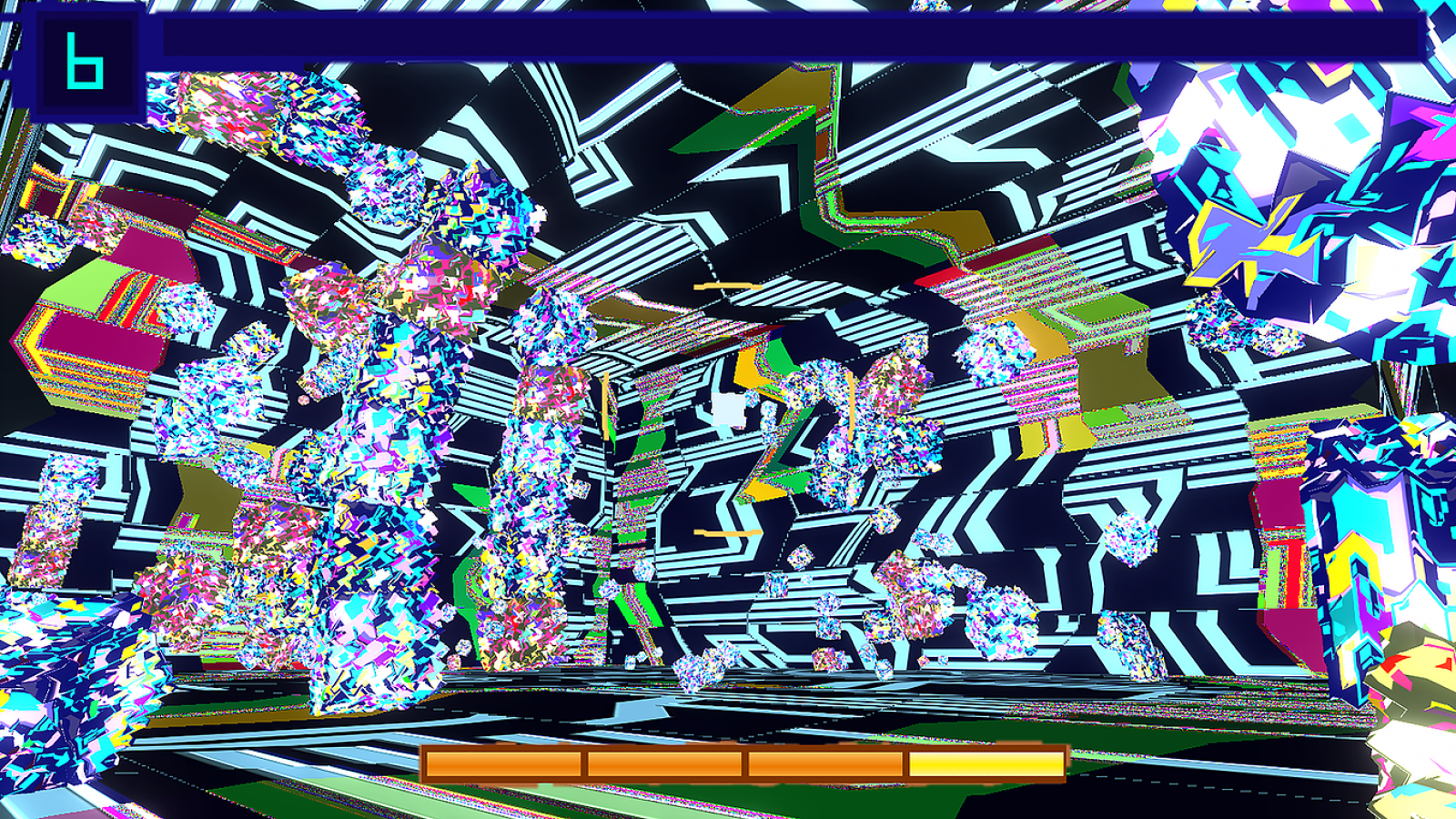 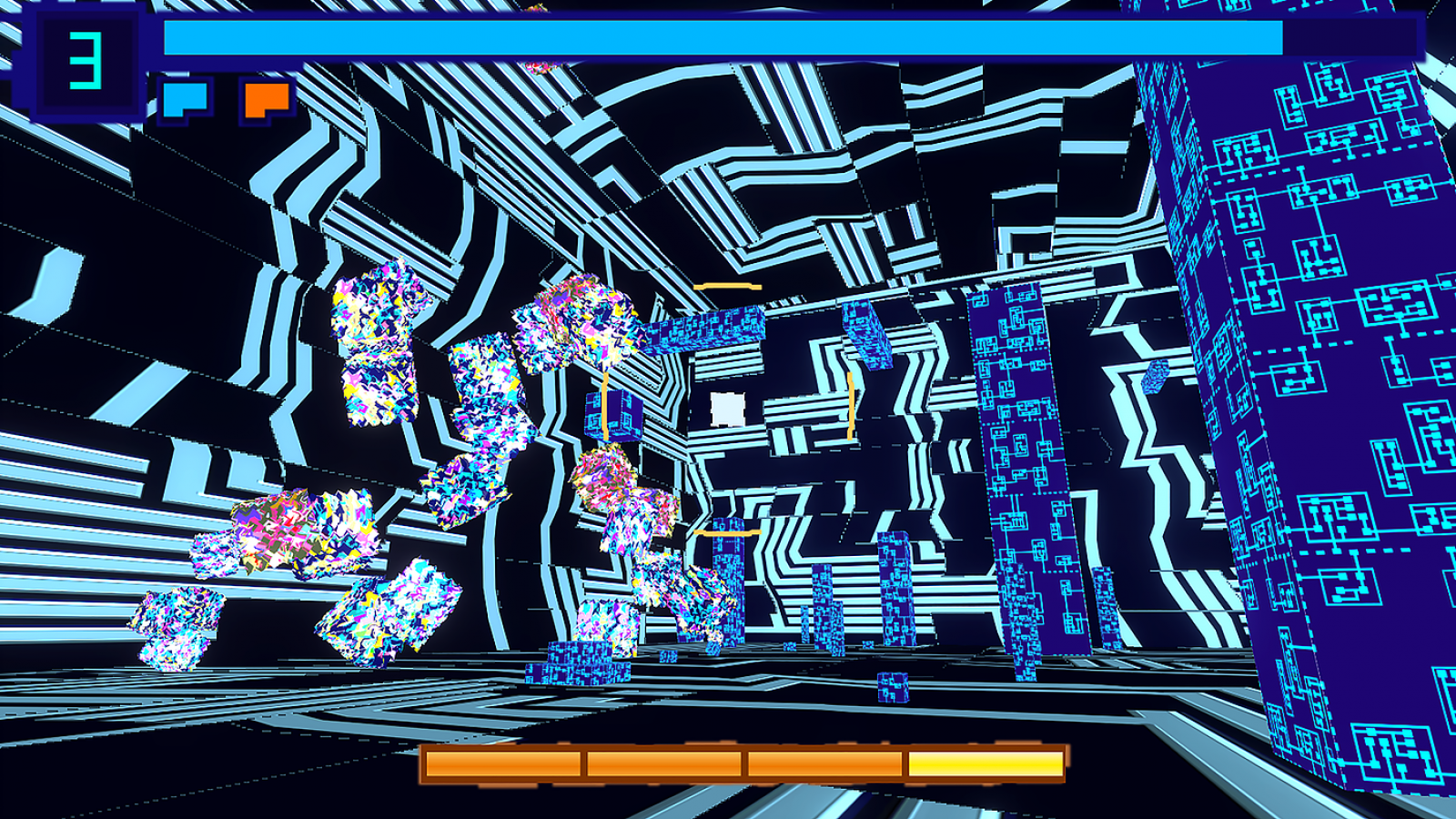 For the last semester of our second year, we had to re-use our bottom-up techniques, but this time to make a game and not just a toy. At the end of almost six months of work, we ended up with this kind of strange "coconut shy" game. I was the game designer and lead programmer of this project and did some work on shaders to render the glitchy aspect of the game. You can try it out here.

The main difficulty I encountered when developing this project was to exploit a core system that was about demolition. There was not a lot of video games that would match our game, so our inspiration went to the more "'archetypal" coconut shy kind of game.