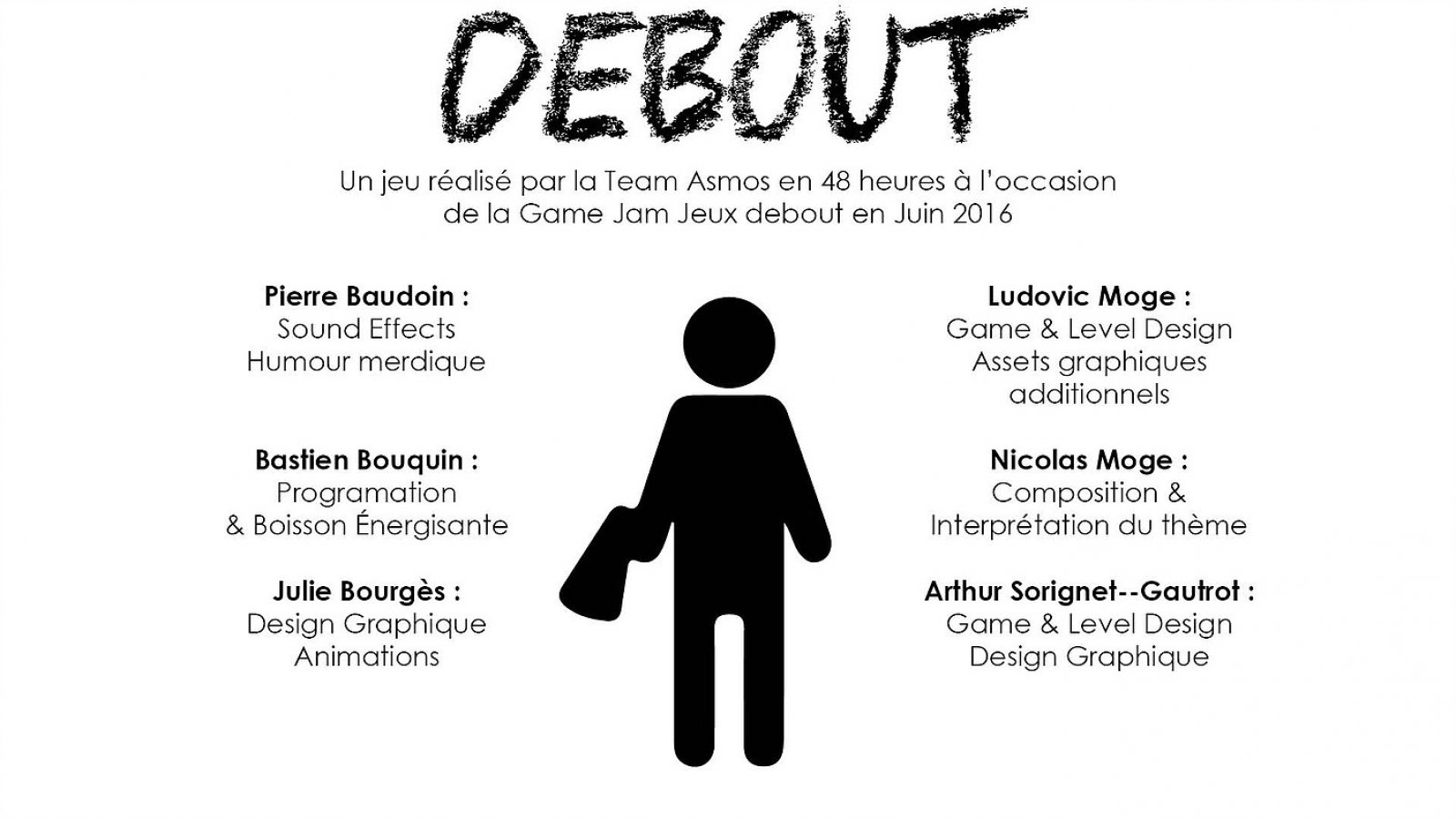 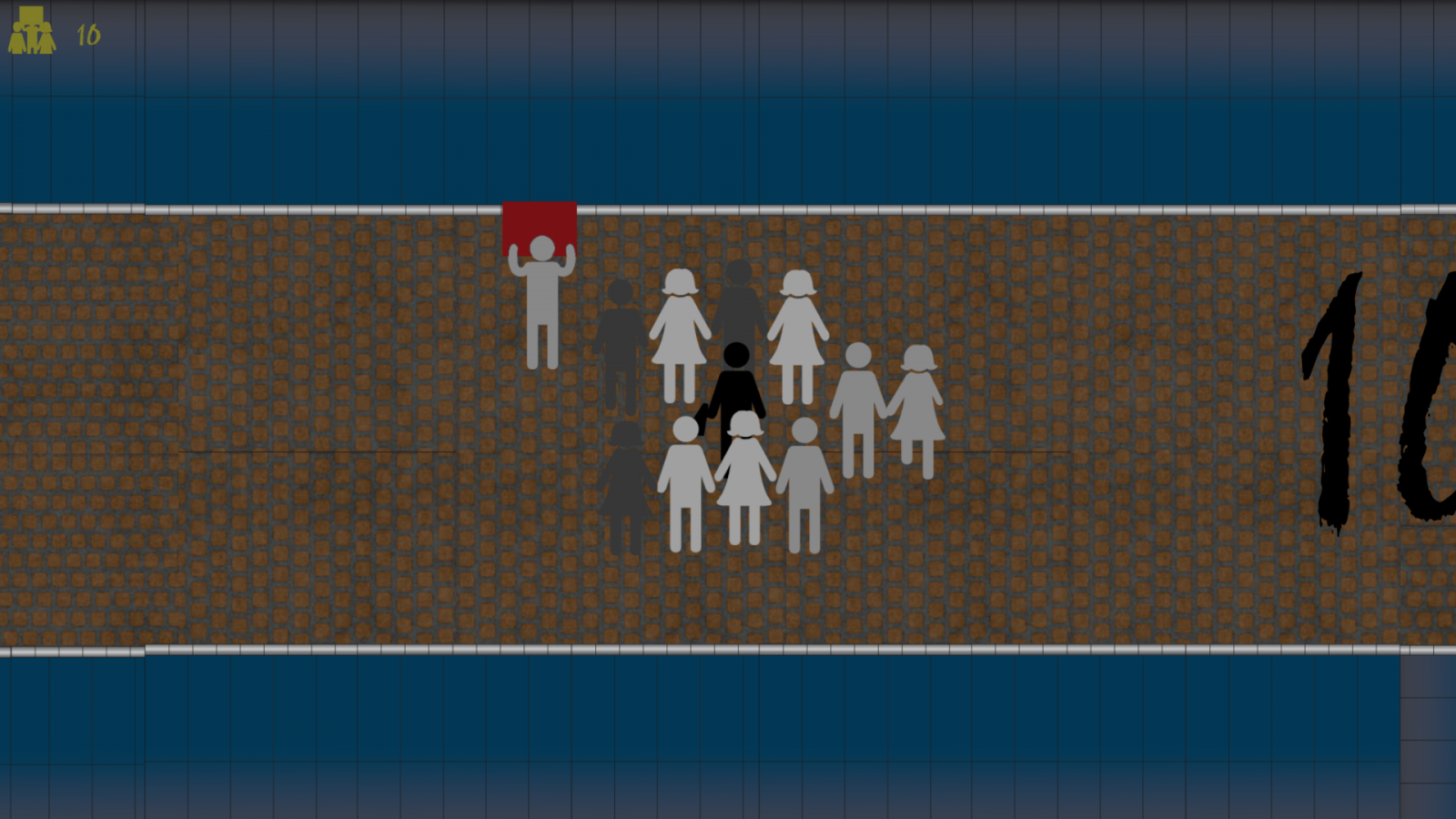 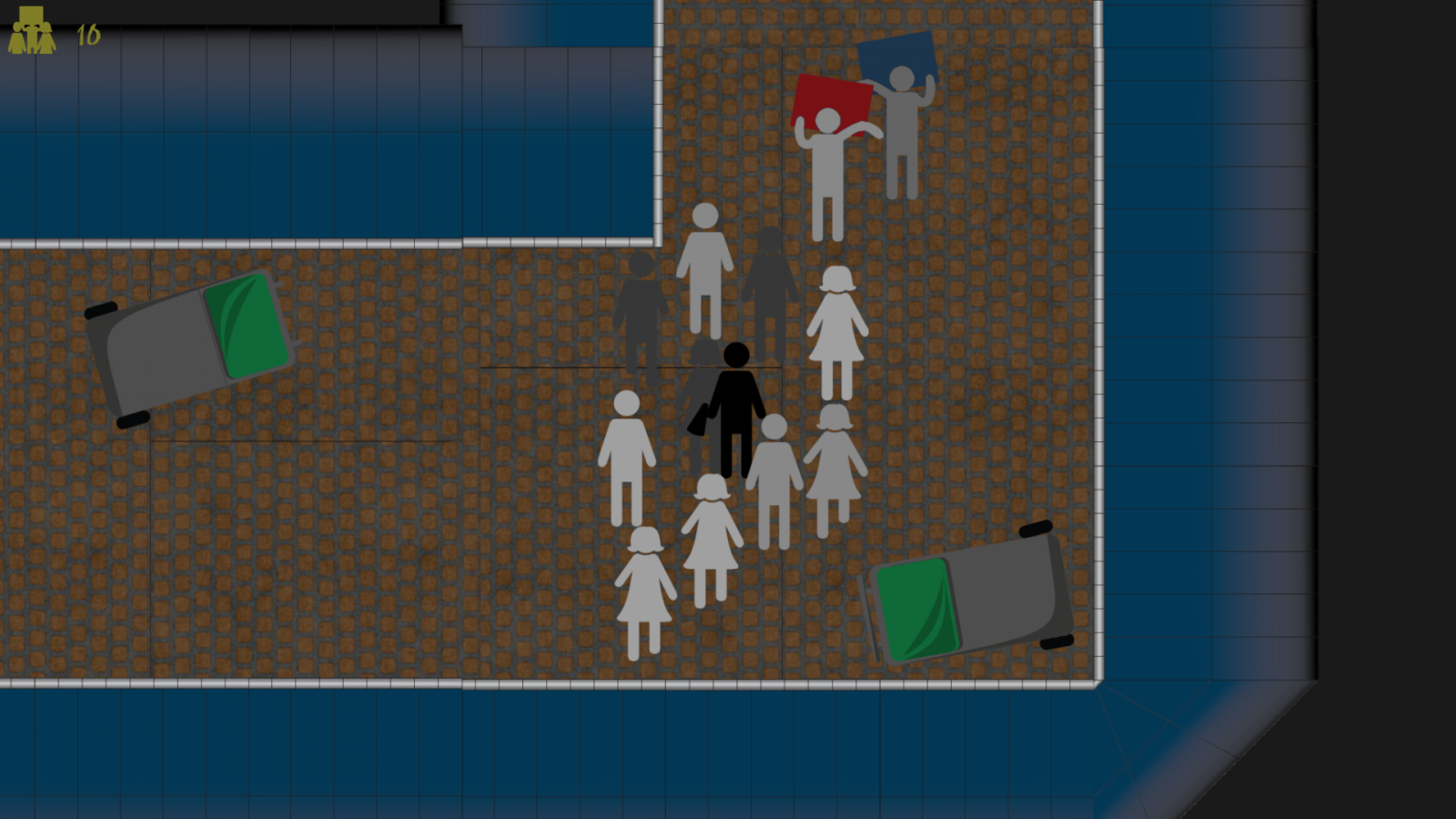 With my friends of the Asmos collective, we took part in a Game Jam organized by some people from the "Nuit Debout" movement. Our goal was to create a game about something that we consider a problem in our society. I worked on this project as a Game and Level Designer. According to the public vote, our game’s mechanics were those which suited the Game Jam’s theme the best. One can learn more about the game and download the build on itch.io.

In Debout, you play a demonstration leader that has to gather people in order to overthrow the gouvernment. The game is perfectly playable, event if I have to admit that, due to game jams limitations, the difficulty tends to be too high at the end of the game.